Ardie Dean, the longtime musical director of the Music Maker Blues Revue, is a renaissance man.

As a teenager in Iowa, his rock ’n’ roll band had him making more money playing gigs than some of his own high school teachers made in salary. He once moved from playing in a psychedelic rock band in Minneapolis to take a gig in Kansas with a Western Swing band called South of the Tracks, until the Internal Revenue Service shut their home club down for its mob ties. A crazed drunken man once chased Ardie and Gregg Allman out of a Nashville nightclub. Ardie owns one of the largest collections of vintage drums in the world. Prop masters frequently rent drums from Ardie as they seek out the perfect vintages for movie and television production. He is a member of three music halls of fame: the Kansas Music Hall of Fame, the Alabama Blues Hall of Fame and the Iowa Blues Hall of Fame.

Across that varied musical career, Ardie had made good money and expanded his musical knowledge. But then the blues bug burrowed under his skin. He had spent the 1980s in Nashville doing session work and playing in a country band called High Gear, which had a steady gig touring military bases.

Then a hot harmonica player from Chicago — named, of course, Chicago Charlie — came into Ardie’s life.

“Charlie moved to Nashville, and at that time I lived in Nashville,” Ardie says. “Charlie had a jam session at a club. I was touring professionally in a country band, making a very good living. Very comfortable. Had two sports cars. Nice apartment. Hot girlfriend. Living the life. But the music was torture, fucking torture. I happened into a jam session and it was Charlie and he said, ‘Hey, play some drums.’ It was straight Chicago blues and I go, ‘Man, does this feel good.’

“Charlie said, ‘Wow, you’re a blues drummer,’” Ardie recalls. “And I said, ‘I am?’ Next thing you know, I’m living in my van making 20 bucks a week playing the blues.” 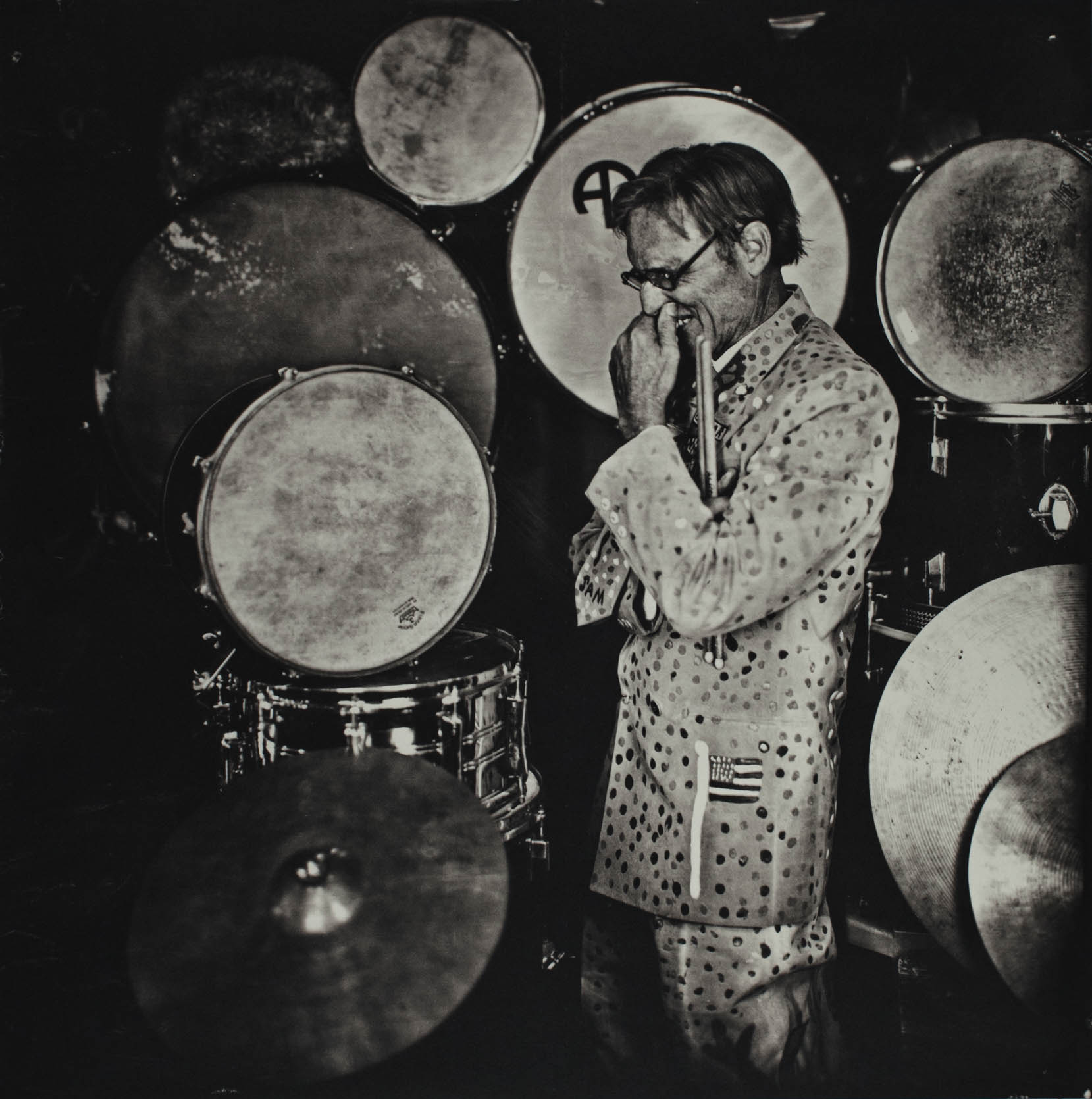 In a Pizza Parlor With Guitar Gabriel

Shortly after, in 1989, Music Maker co-founder Tim Duffy drove to High Point, North Carolina, to see Chicago Charlie play, and Ardie was playing drums for him. Tim got to talking with Ardie.

“He kind of finagled the guys and let me sit in a play a tune,” Tim recalls.

“I was with Charlie, and Tim showed up,” Ardie says. “I begged him to play guitar, and the band wouldn’t let him. I said, ‘Fuck you, band. I’m going to let this kid play. He came all this way with his little guitar. He’s going to play a song.’ And he did, and he did fine, and everybody went home and I caught hell for it. 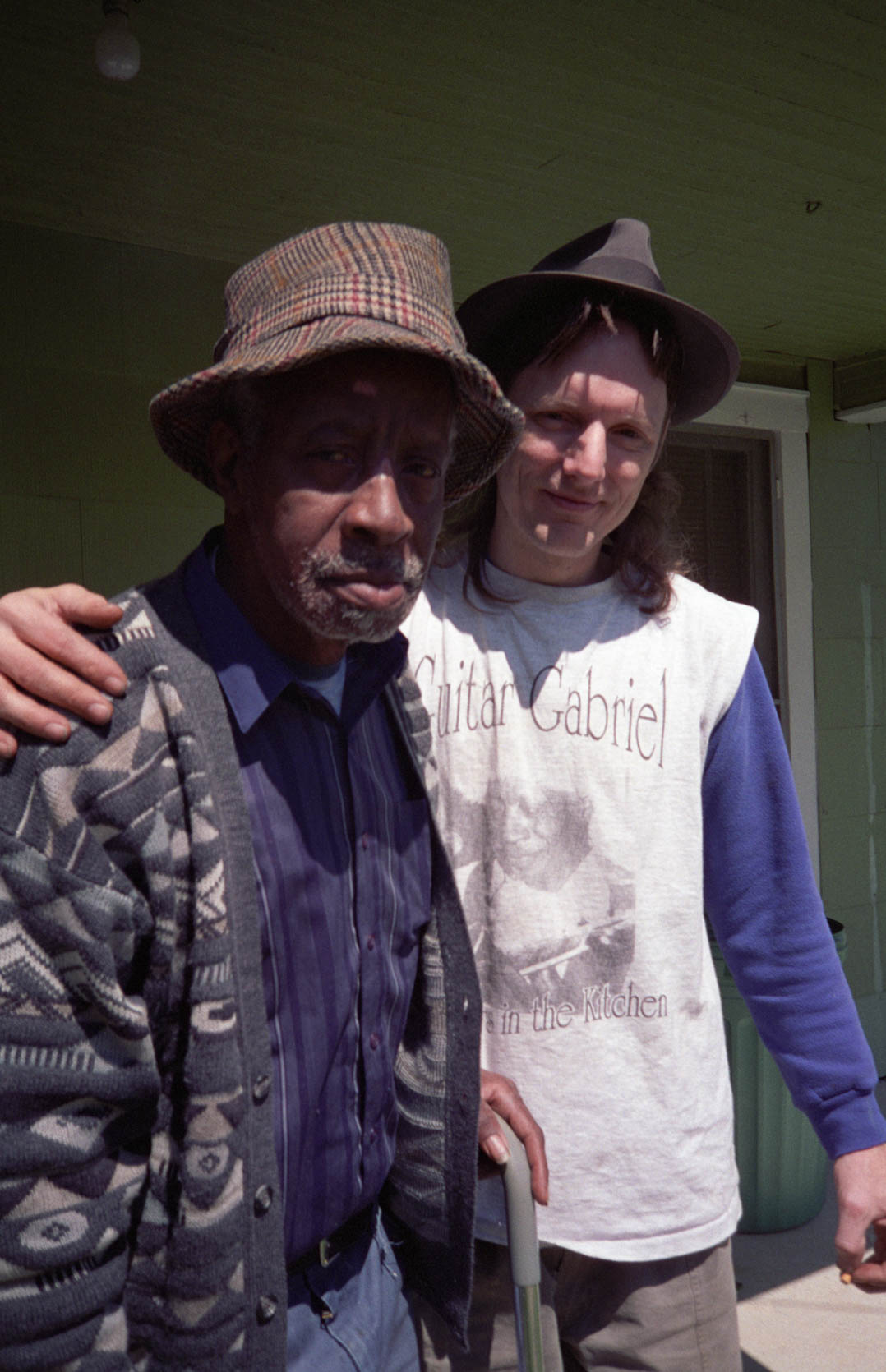 Ardie wanted to play with the legendary Guitar Gabriel pretty badly: The gig was in a pizza parlor in Boone, North Carolina, so Ardie loaded up his gear in a Honda station wagon and set off from his home in Huntsville, Alabama — a six-hour drive.

Thus began an association that continues to this day. Since 1992, Ardie Dean has served as the Music Maker Foundation’s artist liaison and as the musical director of the Music Maker Blues Revue.

"I knew Gabe and all these other players didn’t have a lot of money, but yet you had guys like Stevie Ray [Vaughn], and they’re copying these guys and making a bunch of money. I thought, ‘That ain’t right. This just ain’t right. These guys did it first and they’re getting shit.’" Ardie Dean

“Two reasons,” Ardie says. “One, that first night I played with Gabe, Gabe loved me. He loved my playing. So Gabe told Tim, ‘I don’t want any other guy. I want Ardie.’ The other reason is that I really believed in what Tim was doing — the mission. I thought, ‘You know what, I knew Gabe and all these other players didn’t have a lot of money, but yet you had guys like Stevie Ray [Vaughn], and they’re copying these guys and making a bunch of money. I thought, ‘That ain’t right. This just ain’t right. These guys did it first and they’re getting shit.’

“I just believed in the mission.”

The Art of Communication

On a scorching August day in Snellville, Georgia, the version of the Music Maker Blues Revue that will play the Telluride Blues & Brews Festival later this month gathers in the basement of a suburban home.

Ardie Dean sits behind his drums at the far end of the room. In front of him are five Music Maker partner artists. There are guitarist Robert Lee Coleman and bassist Fred Thomas, both former members of James Brown smoking funk band, the JB’s. There is Albert White, an Atlanta guitarist and the nephew of the legendary blues and boogie-woogie pianist Piano Red. There is Herman Hitson, a guitar player who gigged with Jimi Hendrix, not to mention soul legends such as Garnet Mimms, Joe Tex, Bobby Womack and Wilson Pickett. And finally, there is Sugar Harp, a harmonica player and a longtime fixture of the blues community in Birmingham, Alabama.

"I kind of set it up before we even play to make it work. When it comes Music Maker artists, then I really do get to know them and their situation. I got to know where they’re coming from, and that helps me a lot.” Ardie Dean
Ardie Dean and the Music Maker Blues Revue performing in Germany in 2010. Other members include Pat "Mother Blues" Cohen, the late Dr. Burt, the late Eddie Tigner, Alabama Slim, Pura Fé and Albert White.

While Ardie has played with everyone in the room except Fred Thomas, that doesn’t mean this will be an easy rehearsal. This group of musicians has never played as a single unit before today. Ardie speaks with each musician gently and patiently, learning which songs they have in mind. And what becomes apparent is that something must be added to the list of qualities that make Ardie Dean a renaissance man: his skill as a communicator.

“The very first thing I do is I get to know them,” Ardie says. “I only had about two hours prior to that rehearsal to get to know Fred Thomas on a personal level. But we had phone calls to establish a rapport where we were on the same page. And I’ve been playing with Coleman for a while, so I had some James Brown stories. I was kind of in the loop. I wasn’t like some weirdo outsider that didn’t know shit. I know how to ask the right questions to get to where I find out where they’re at.

“Once that’s established, then the music is almost secondary,” Ardie continues. “I kind of set it up before we even play to make it work. When it comes Music Maker artists, then I really do get to know them and their situation. I got to know where they’re coming from, and that helps me a lot.”

The product of such communication will doubtless be clear when the Music Maker Blues Revue hits the stage in Telluride. All men with different personalities, different musical skills, different motivations. But the glue that will hold them together will be the little renaissance man behind the drums named Ardie Dean.