A Key Figure in the Birth of Soul and Funk

Robert Lee Coleman is a pioneer in two of the most powerful genres of American music — soul and funk. Coleman played with soul legend Percy Sledge from 1964 to 1969, then joined the JB’s, the backing band James Brown founded in 1970.

Like many forms of African American music, soul and funk are rooted in gospel. Coleman picked up the guitar from his stepfather and played in gospel groups and churches until he joined Sledge at age 19 in Macon, Georgia.

Macon, Georgia, seemed to have a magic musical spell cast on it in the 1960s and ’70s. It was a hotbed of blues, R&B, soul and rock, and it turned out many important artists, including Little Richard, Otis Redding, and the Allman Brothers Band.

“I think I’m one of the last of my era and my style of playing. I’m going to play until the good Lord calls me home. I’m gonna be playing till I die.” Robert Lee Coleman

Macon’s musical prominence often attracted hit makers like Sledge when they were in search of crack players to add to their bands. On a trip to Macon in 1964, Sledge discovered the teenaged Coleman, and Robert Lee wound up being a fixture of Sledge’s band through 1969, touring the Americas, the Caribbean, and even Africa.

From there, he moved even farther up the ladder by joining Brown’s band. Coleman recalls the JB’s with great fondness.

“We had a 13-piece band; we sounded like one,” Coleman says. “We sounded like one instrument.” His playing from this time is documented on three of Brown’s albums: “Hot Pants,” on which Coleman was solely responsible for the guitar groove on the title track; “Revolution of the Mind,” recorded live at the Apollo Theater in New York; and the song “Make It Funky” from the “Soul Classics” LP.

Coleman is a longtime partner artist for Music Maker. While working with us, he has toured Europe, played at New York’s prestigious globalFEST, and released two albums — “One More Mile” (2012) and “What Left” (2018).

“I think I’m one of the last of my era and my style of playing,” he says. “I’m going to play until the good Lord calls me home. I’m gonna be playing till I die.”

Live Once Again: the Music Maker Foundation in Telluride

The Treats You Can Expect in Telluride 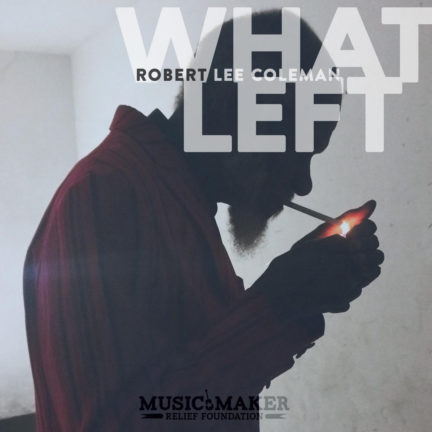