A Preserver of Some of Our Oldest African American Musical Traditions

When you met Algia Mae Hinton, the first thing you would notice was her hands. They were weathered hands, hands that had picked a million cucumbers. Those farm laborer’s hands produced the money she needed to raise seven children as a single mother in Johnston County, North Carolina.

Those hands also picked some of the most rock-steady Piedmont blues you’ll ever hear, a skill she learned from her mother.

Algia Mae got married when she was 21 and moved from her home to Raleigh, but after her husband was killed in 1965, she brought her seven children back to her home-place and raised them by picking crops in the field. In those days, she reserved her guitar playing for house parties and for her children.

“Algia Mae is a great example of what is called in and throughout the African diaspora, ‘Original Joe.’ This is an innovative character who survives and creates anew under all circumstances. Algia Mae Hinton is someone not to be missed.” Taj Mahal

In 1978, the folklorist Glenn Hinson met Algia Mae and helped her take her playing on the road. She played the National Folk Festival and even at a Carnegie Hall event called “Southern Roots.” And the guitar wasn’t the only thing in her repertoire. Algia Mae danced in an eastern North Carolina tradition that no one seems able to settle on a name for: Some call it buck-dancing, some call it flat-footing, and others just call it tap.

Buck-dancing is a term most people associate with the country music of the Appalachians: It’s seen as a dance style that originated with white people. But the truth is the style originated among African Americans during the time of slavery. And Algia Mae was one of its finest practitioners.

Music Maker began working with Algia Mae in 1995, when we landed a record deal that allowed us to record many great Piedmont blues players who were still living at the time — folks like Guitar Gabriel, Etta Baker, Big Boy Henry, John Dee Holeman and, of course, Algia Mae. This group of Piedmont players were among the first musicians to be part of our sustenance program. Those early experiences shaped the model by which Music Maker still operates. 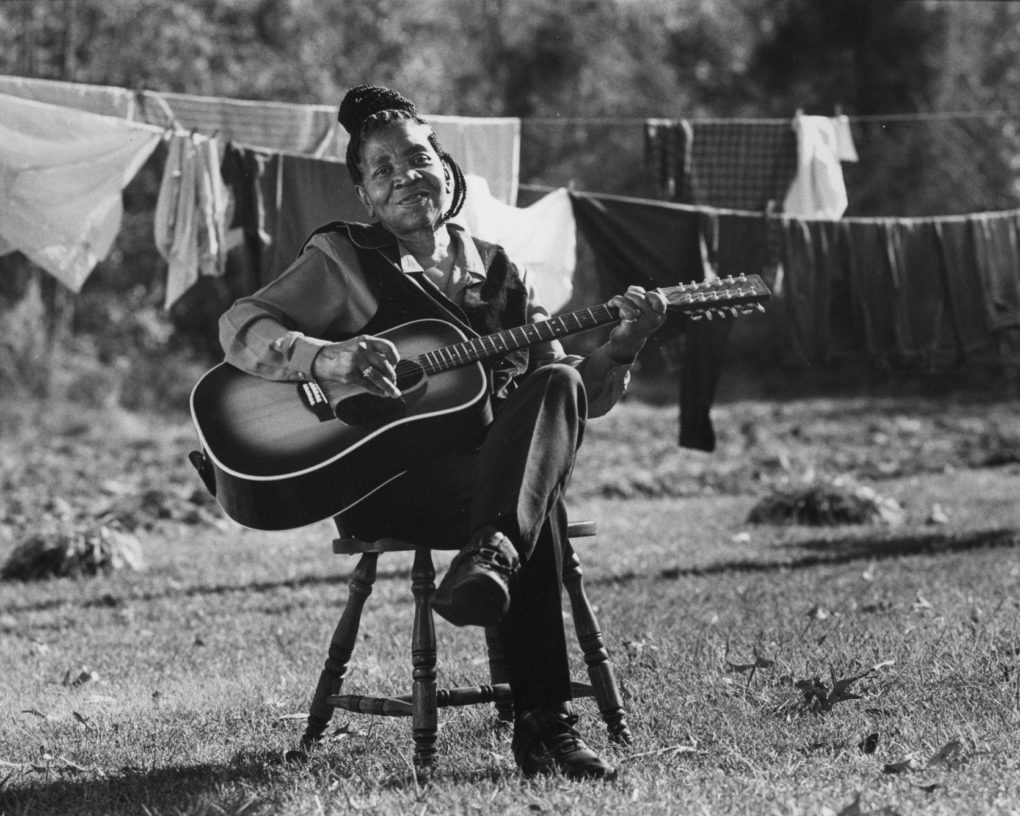 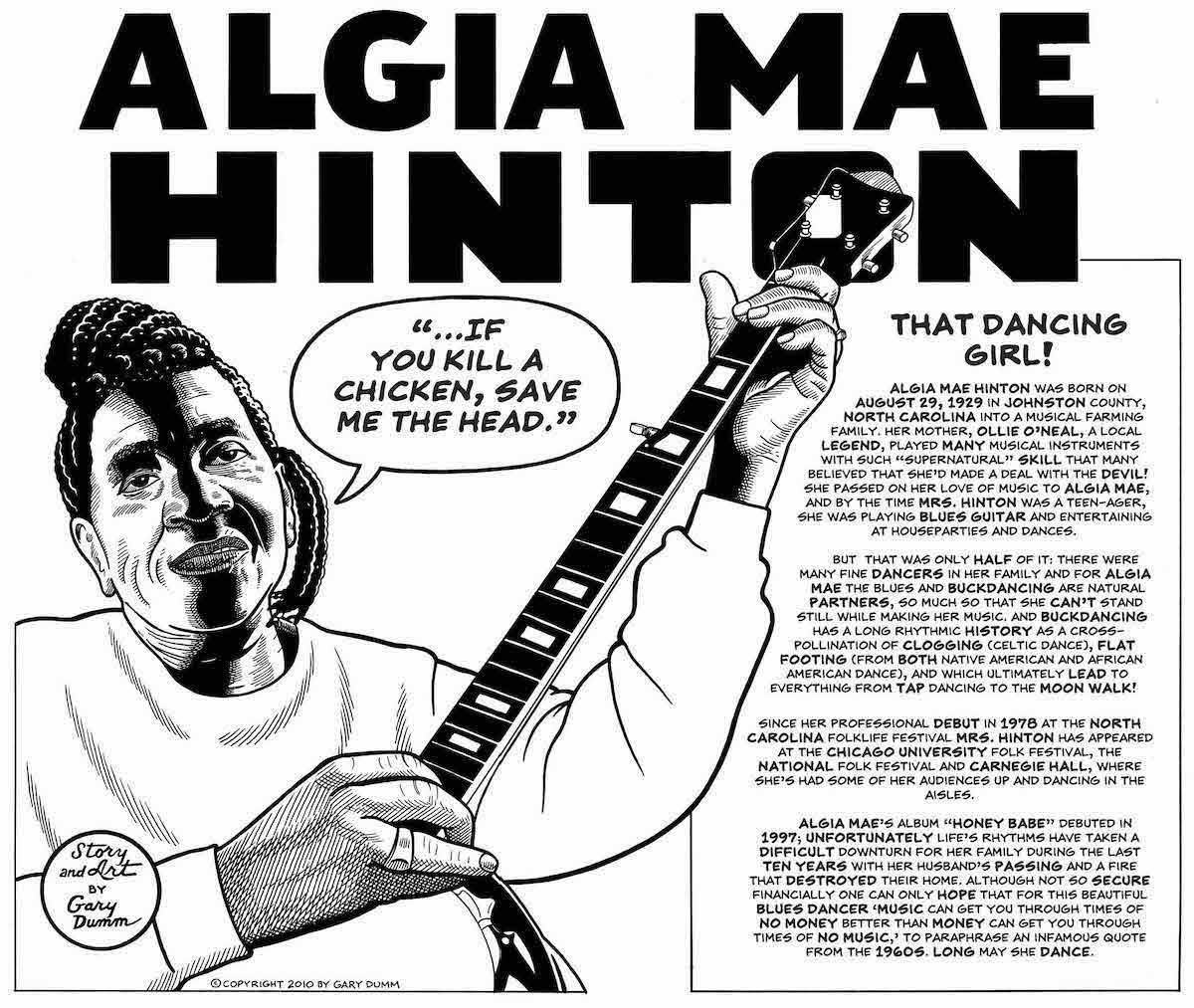 The Invisible Man: Hermon Hitson Might Be the Greatest Guitar Player You’ve Never Heard Of

Thanks for helping us meet and exceed our $50K Giving Tuesday Challenge!