In the blues world, one of the hardest stages to get onto is at the Telluride Brews & Blues Festival, which happens every September in Colorado.

“It does take a little bit to get through here, to be on this stage here in Telluride,” says Steve Gumble, the festival’s director. Talent agencies and bookers, he says, are constantly trying to get his attention and put the artists they represent on the Telluride stage.

Gumble remembers when a Music Maker staffer, Aaron Greenhood, began to call him up in the mid-’10s, hoping to put some Music Maker partner artists on the Telluride stage. But at the time, Gumble had never heard of the Music Maker Foundation.

“When Aaron first started reaching out to me, I thought Music Maker was just another music agency,” Gumble remembers. 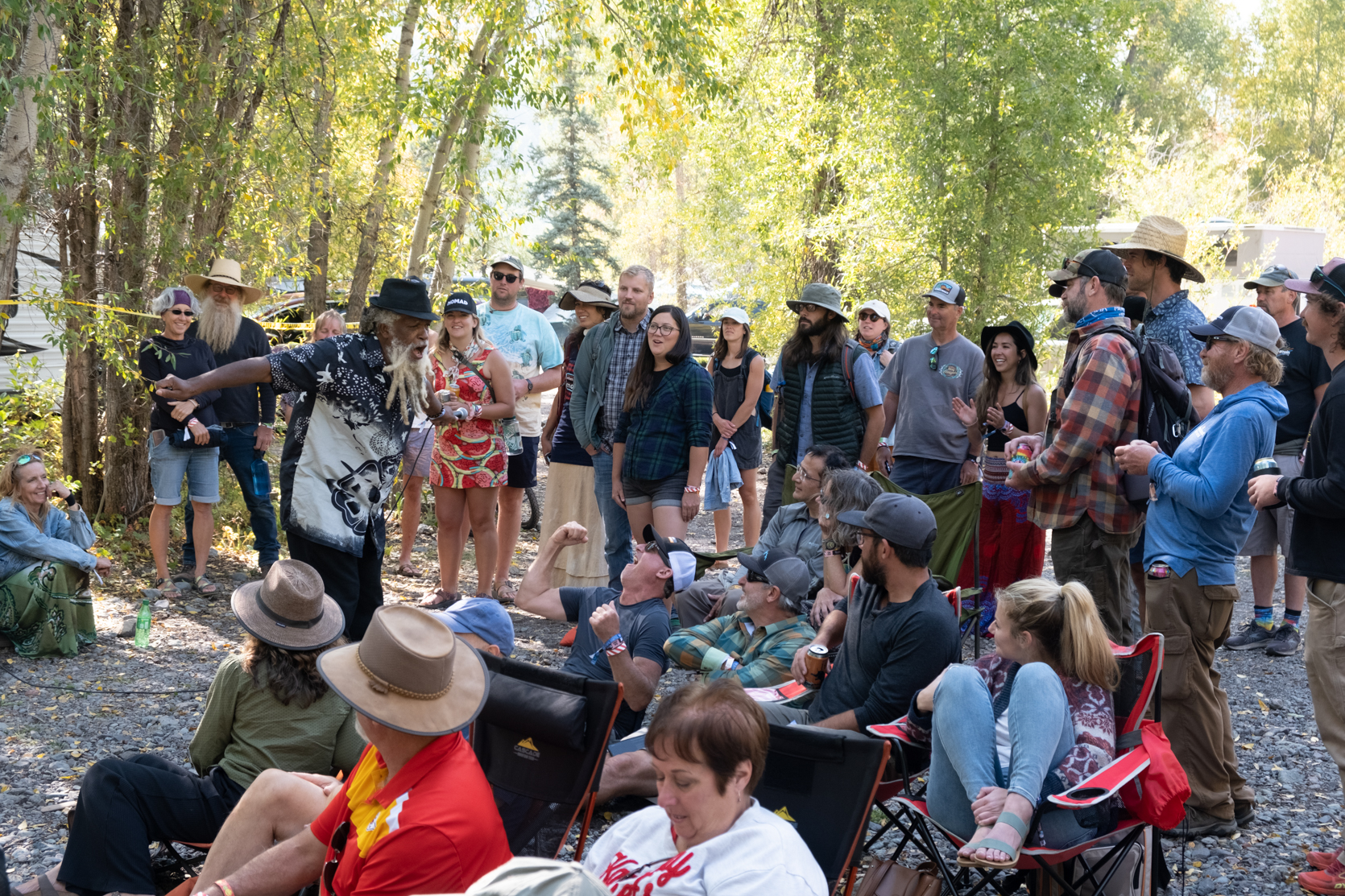 Soon after, both Gumble and Music Maker co-founder Tim Duffy were at the New Orleans Jazz & Heritage Festival, and Greenhood introduced Gumble to Duffy and Music Maker board member Tom Wallack.

“We met up and just hit it off and hung out a lot at the New Orleans Jazz Fest,” Gumble says. “And Tim dragged me around to see some Music Maker artists, and he introduced me to people and I just became intrigued with Music Maker. And by the end of the weekend, I was in love with Music Maker because I’d spent the weekend with Tim. We hit it off. Once we connected, it gave him the ability to tell me exactly what Music Maker was all about from a first-hand perspective.”

And by the next year, 2016, the first Music Maker partner artist performed at the Telluride festival, the New Orleans blues guitarist Little Freddie King.

“They absolutely loved hosting this dinner with the musicians,” Gumble says. “And Tim told me the other day, they donated an incredible amount of money to Music Maker. So they’re just really each year building their presence in Telluride, and Telluride is a fairly affluent community.”

But a less conventional and more accessible idea was to use the partnership to bring more blues back into the Telluride Blues Festival.

“We’re not a traditional blues festival by any means. We had stretched that genre pretty hard,” Gumble says. An effort to bring some hardcore blues back into the lineup caused Telluride to build a 1 ,000-capacity indoor venue that they named the Blues Stage. Duffy came up with the concept of filling the lobby of this venue with a “Drink House,” where audience members get to meet the artists, enjoy record listening stations, look at photographs of Music Makers artists, and learn of the Music Maker mission from its staff and volunteers.

“I love it because it gave me the opportunity to book in a more traditional blues way,” Gumble says. “And that’s where Tim came in. And that’s when I started to really look at their artists. And then I started to investigate what Music Maker was. I fell in love with their mission statement and them as people, too. They’re just some of the most genuine and sincere folks that you can meet.” 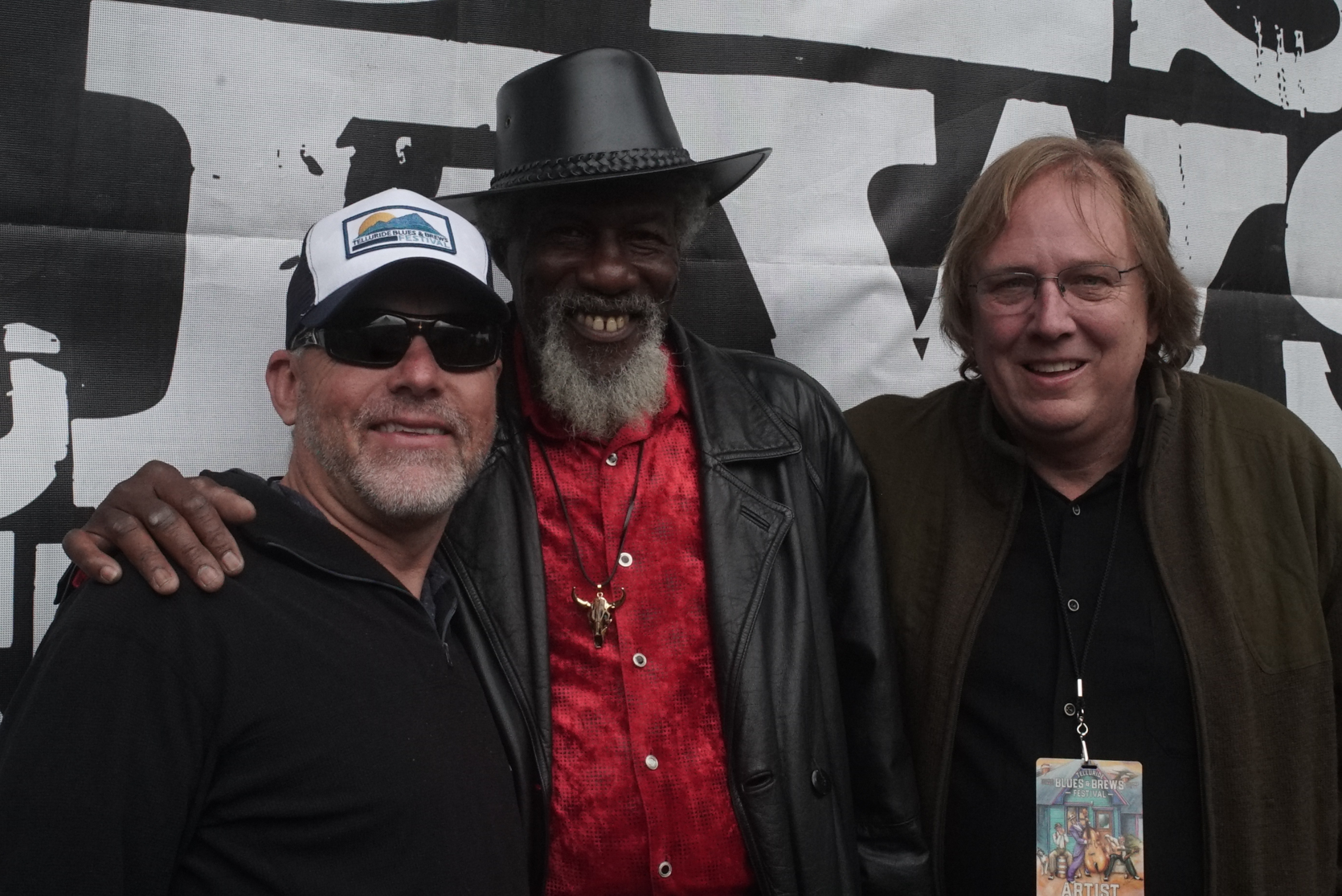 The benefit for Music Maker has been having a consistent national venue where its artists can perform.

“It’s that consistency of giving people a world-class place to perform,” Duffy says. “It has helped us refine, because he always wants new people, and I want to find the best people. So we brought Robert Finley there for the first time, and now he’s a national act. We helped bring Chris “Kingfish” Ingram there, and he’s now a big star. It reinvigorated the Glorifying Vines Sisters’ career and led to Hermon Hitson getting a record out later this year. Each artist we have brought, such as James Brown’s bassist for 35 years, Fred Thomas, told me it does your soul good to be around so many beautiful people that love and appreciate you!”

After a little over four years, Music Maker and Telluride have truly built a symbiotic relationship, one we hope will help both parties as the years roll on.